Chemistry of Food and Cooking

indeHow does cooking transform food and how can these transformations be understood as chemical processes?

Cooking transforms food in a few different process’. For one it ensures that bacteria, viruses, and any micro-organisms living in or on the surface of the food are killed and are prevented from being ingested. It also makes the proteins with in food firmer which is why for example boiled eggs become firm, and how steak becomes tougher the longer you cook it. Cooking also transforms sugars and turns them brown, which can be seen in the cooking of bread where the carbohydrates (sugar) becomes caramelized and the amino acids break down. Fat generally will break down and melt when exposed to heat, creating a great way to prevent sticking. Liquid fats are known as oils and can have the same use and can help with the browning of foods and to help the over all cooking process. These are all connected to chemical process’ because of the transformation of compounds and nutrients during the cooking process.

How can we design an experiment and measure the qualities and desirability of a finished recipe both quantitatively and qualitatively in order to determine the success of our recipe experimentation?

We can design an experiment by changing the quantitative and qualitative properties of a product that we wish to determine the changes that would best effect the final product. We could change the independent variables along with the dependent variables to find what affects what and how each ingredient would ultimately change the final recipe. We can determine the best results by using each of the properties and qualitative results (as I believe that is most important for determining a good recipe, taste and texture).

What new information did you learn through doing this project?
This biggest thing I learned during this project was the process of which water is cleaned. I was brought this first insight when the presenters from MSI, and I was actually very intrigued on how they presented in a way that asked the audience how they think the process works then made us think otherwise. It made me understand the whole 4 part process, screening, primary treatment, secondary treatment, and final treatment. I also learned through this how I can do this whole process myself, god forbid in the case of a disaster I know the procedures and actions to take to make water safer. I also became knowledgeable on the process of aerating water to make bacteria grow at an expansive rate, and how we can use that to our advantage in other fields as well.

What new skills or dispositions did you learn from this project?
The skill that I most reinforced and expanded was my ability to budget my project in a way that still gave me a final product I was proud of. I also became more familiar with Illustrator, which is what I had used to make my original rough draft of my exhibit piece. I also had used Microsoft word for the first time in this project, which I had not used prior. I hope to better my use in these programs in the next Chemistry project, as both of these are going to be useful in my career as a car designer and future writing projects.

To what extent is the study of water quality an important topic to investigate in school and in a chemistry class in particular?
Although I don't believe that this project has significantly changed my knowledge, but rather I have expanded on what I had already known. I believe that it is important in any case to exhibit like these as many people have very little clue on how things work around them. As a school project, I think it is although not going to give knowledge most of us will use in the real world, it is a very important to understand the process of gathering information and using it to understand whether or not something is suitable for human consumption, and understanding ppm, pH, and other variables.  I think this is the best way of understanding variables as it has real world applications and is easy to understand while being informative.

Elevator Pitch: I have created a scale model of an aeration tank. What this is, is a basin that generally uses an air compressor to allow bubbles to flow from the bottom of the tank to the top. This process increases the oxygen levels in the water, promoting bacteria growth that eat the small bits of matter that the filters can’t remove. It will educate the viewers of the simple yet effective process of water purification through the use of bacteria. As this facility will include several of these basins, I believe it's important to help educate the viewers on the process and its benefits.

My goal is to show the process of how aeration tanks use the power of bacteria to both kill bad bacteria and reduce pH. I hope to teach the Audience the process that is simple yet very effective compared to other methods. I hope to educate the audience on concepts such as bacteria growth and how increasing its presence will help clean water with little energy needed. I started with a large storage container and used an air pump to create the aeration affect. After completing my final design I decided to include the settling chamber, which is commonly used during the aeration process. I first decided to put the plastic barrier inside between the settling chamber and the aeration section.

I think that my project should be exhibited as it shows how water becomes aerated and how it works on a molecular level, and its necessary to show kids and uninformed adults on its process and how its important. It also gives necessary insight on what is happening to something that you had produced, and how people deal with cleaning your waste and making the sewage water clean. Also learning what is happening around you every moment is a necessity, especially knowing how bacteria likes eating your matter.

I intend this exhibit to be for all ages as its important to understand this from a younger age as well as it is necessary for elders to know how your waste is dealt with every day. They do not need any form of education to understand my projects. They have to be logical thinkers, as these things should be basic knowledge.

How This Process Works

As oxygen is a considerably faster oxidizer than chlorine, which helps with the removal of iron and hydrogen sulfide. Oxidizing these until they are no longer present in the water is the most common method used for the removal of these compounds. Putting oxygen also promotes the growth of bacteria and other microbes that eat the organic matter in the water, cleaning the water. The bacteria will create ‘flocs’ which are bunches of bacteria floating in the water, these flocs are removed by allowing the water to be in a settling chamber until all the solids eventually reach the bottom of the tank. The bacteria and matter found at the bottom of the tank is called ‘activated sludge’. Tasty. Bacteria is able to grow at such a significant rate because of a process called biodegradation, which is where the bacteria uses the available dissolved oxygen to faster break down matter containing carbon. The bioproducts from this process are water and carbon dioxide, and the aeration tank can help convert hydrogen and sulphur to form hydrogen sulphide and transform carbon into methane.

However, research suggests our best method of breaking down human waste is with a bacteria called Brocadia anammoxidans, or anammox bacteria, which doesn't need oxygen to be present in the water. This bacteria rather feeds on ammonia and nitrates. The best part about this? It can save a lot of energy, as you don't need aeration pumps that are expensive and take power. You can also make rocket fuel, as this bacteria is the only known organism to produce hydrazine, which is necessary in rockets. 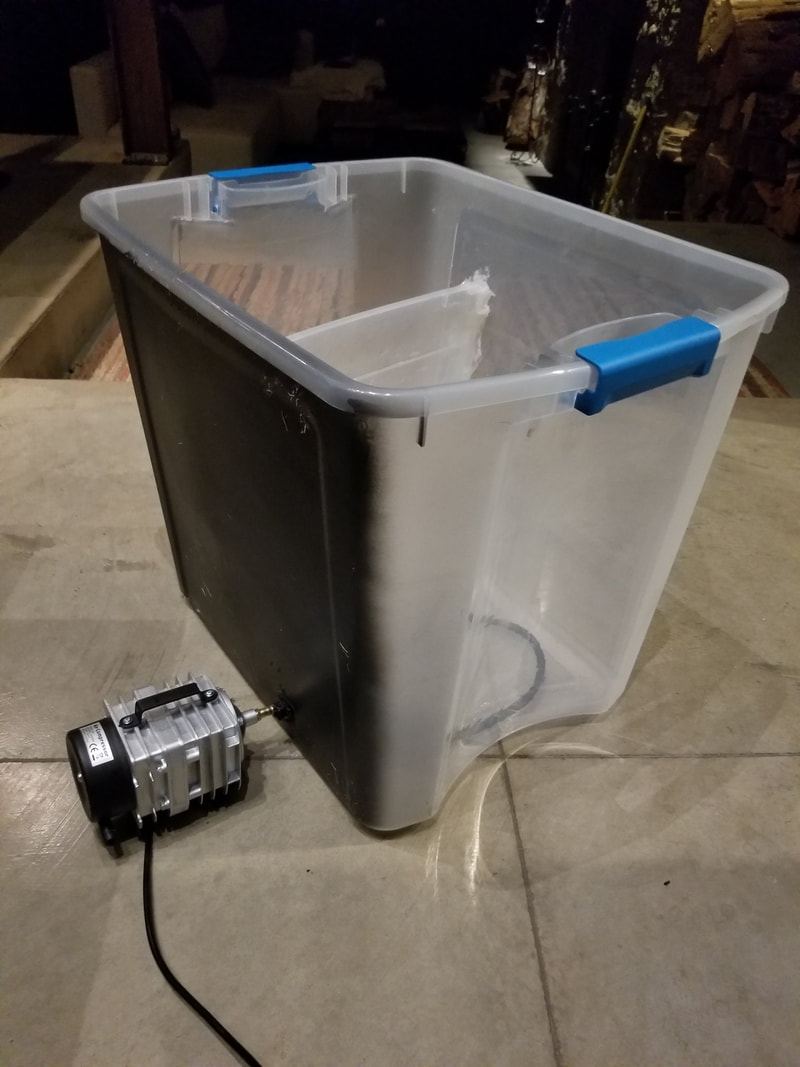 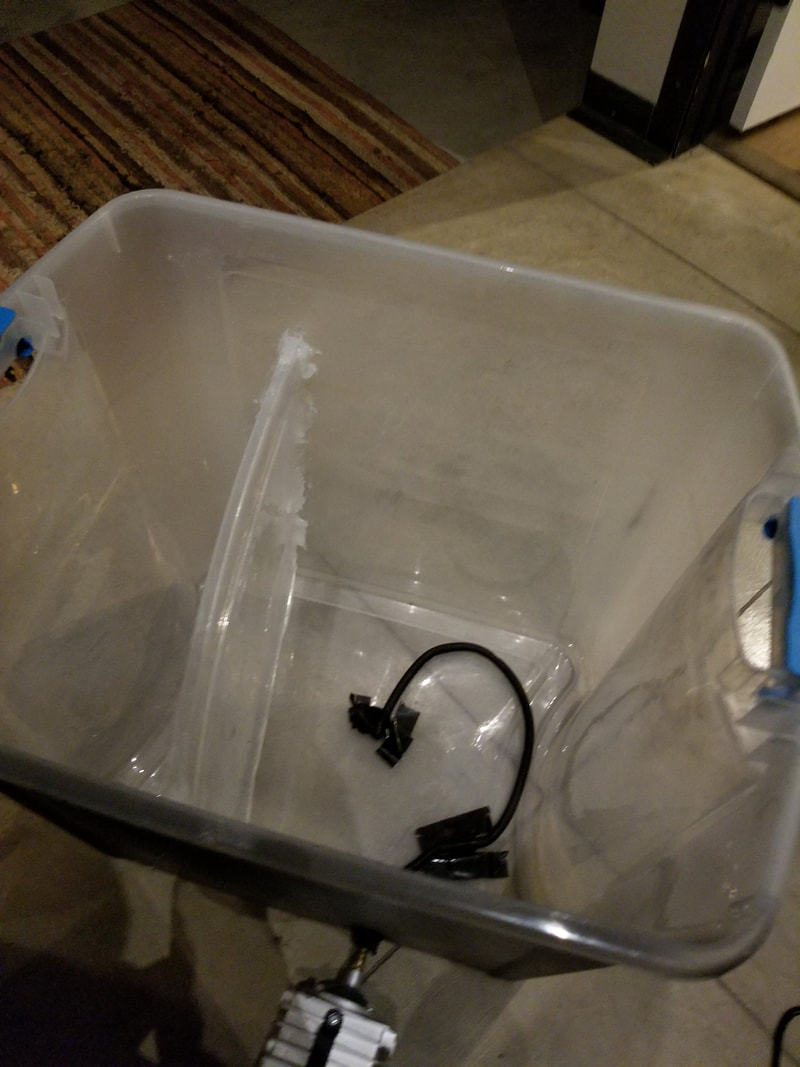